Who is the Dior Savage Man?

He is a man who seeks to exist off the beaten track, outside the city and its hectic pace of life, out of time and in harmony with what he has most precious, his heart. The Savage man is not afraid to venture beyond the limits provided that he finds there what he seeks, he is natural, generous, spontaneous. He doesn’t try to be like, he IS, period.

To create a perfume for this Savage man, François Demachy “left his laboratory” to also set off on an adventure: “A perfume is not created in a laboratory, inspiration is everywhere” François Demachy for Sauvage de Dior . He thus sought all the raw scents inscribed in us as a multifaceted olfactory heritage such as the smells of sap, of laundry, of barber’s lavender or even of a funfair popcorn. François Demachy describes his work on the composition of Sauvage as that of a quest for scents, which undoubtedly seems a completely new approach in perfumery.

Once he has found his olfactory treasures, he will assemble them to create Sauvage like the scent of a man with two faces: one of great virility and the other of extremely fresh sweetness.

The Savage Man would therefore be in reality much more nonconformist than truly savage … Anyway, he could find himself in a powerful and intoxicating scent where his masculinity will be clashed with freshness and oceanic jolts.

“To create Sauvage, I started with people. A frank and obvious masculinity. Like the image of a man out of fashion, out of time. »François Demachy, Dior Perfumer-Creator for Sauvage.

If Dior had already known how to employ renowned ambassadors for its various fragrances, it would be necessary to choose a different one that best represents the image of the wild and fiercely free man. Just like the choice of Jude Law for Dior Homme or Alain Delon for Eau Sauvage, the ambassador of Sauvage was selected with talent by Dior. Savage will be Johnny Depp, or could it be said that Johnny Depp is the Savage man? In many ways it would seem that this is certain.

Johnny Depp had never before embodied perfumes or brands. It must be said that the beautiful and dark Pirate of the Caribbean is not to play with the light. Johnny Depp embodies the vein of those anti-Hollywood system actors who don’t seek to be noticed but play what they want to play. Johnny Depp embodies a free man, somewhat rebellious who does not hesitate to take risks to go where he wants. He is a “character endowed with a unique, authentic and true relief” according to Dior. This is to say if the universe of Sauvage seems to “stick to the skin”.

Under the camera of Jean-Baptiste Mondino, Johnny Depp will let his devastating pirate smile to become intense and mysterious. He will present himself for Sauvage like a shaman of modern times to conquer his freedom, a freedom that he will seek in the middle of the desert, out of sight and above all free. Free as Savage …

Maison Christian Dior launches for the fall of 2015, a new men’s fragrance embodied by Johnny Depp

Fragrance inspired by arid, rocky lands, wild flora and fauna under the desert sun. Realization of the perfumer François Demachy Sauvage de Dior is a fresh and noble fragrance at the same time, it opens with notes of Calabrian bergamot, which meets in its heart the strength and energy of Sichuan Black Pepper, the background is woody amber thanks to the patented Dior ambrox material from ambergris. 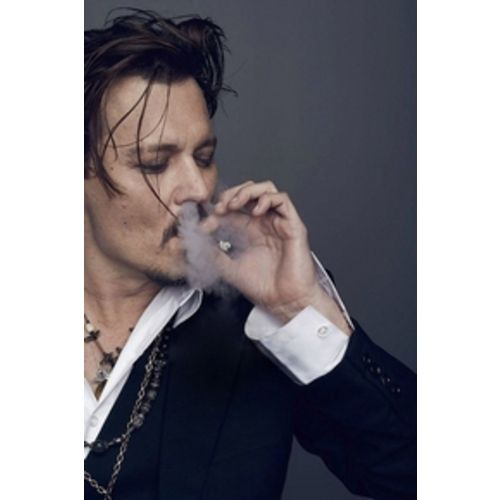 Find Dior perfumes at the best price at our perfume partner Fragrenza Perfumes as well as all Dior brand products .

Good Girl Perfume is the ideal perfume for contemporary and youthful girls who want to feel seductive and confident. This perfume is perfect for ladies who wish to be one step ahead of the rest of the world.

Back in the barbershopFougeres are really fun because they're kind of like the perfumer's version of a martini -...

Perfume and fashion are two worlds that are intimately linked. Also, perfumery is also evolving according to trends. But...

A limited edition that will make you a real princess for a day ...Woman PerfumeOlfactory Family: Fresh, Floral, FruityTop...
- Advertisement -

Legend Spirit the reflection of the Montblanc spirit

Good Girl Perfume is the ideal perfume for contemporary and youthful girls who want to feel seductive and confident. This perfume is perfect for ladies who wish to be one step ahead of the rest of the world.
Men's Perfume

Back in the barbershopFougeres are really fun because they're...
Brand

Perfume and fashion are two worlds that are intimately...
Limited Edition Perfumes

A limited edition that will make you a real...

Qinf is a perfume encyclopedia, a perfume magazine, and a community of scent enthusiasts. Qinf keeps its readers up to date on new perfume releases, well-known perfumes, and lesser-known yet beautiful smells.